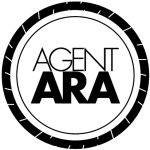 Altadena’s tree-lined neighborhoods make up one of the oldest and most beautiful communities...

Set in the foothills of the San Gabriel Mountains below the Angeles National Forest, Altadena’s tree-lined neighborhoods make up one of the oldest and most beautiful communities in the San Gabriel Valley. A diverse population and independent identity characterize the town above Pasadena. Development of Altadena, Pasadena and South Pasadena was facilitated in the mid-1860s when Benjamin Eaton developed water sources from the Arroyo Seco and Eaton Canyon for his vineyard. It has been an upscale destination since its launch as a subdivision of Pasadena in 1887. Several eastern millionaires immediately built mansions along the then-agricultural area’s Mariposa Street, soon to be dubbed Millionaire’s Row. Early residents included printing magnate Andrew McNally, newspaper moguls William Scripps and William Kellogg, and author Zane Grey. McNally’s grandson, architect Wallace Neff, began his career there. Christmas Tree Lane, the oldest large-scale outdoor Christmas lighting venue in the world, is just one example of Altadena’s rich architectural, environmental, and cultural heritage.